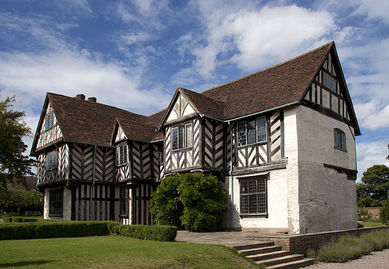 
We played played some of our favourite pieces of Purcell and Handel on this opening weekend of the 2014 season, with music from The Alchemist, Fairy Queen, Abdelazar. We will also feature a guest singer with some Purcell and Vinci. 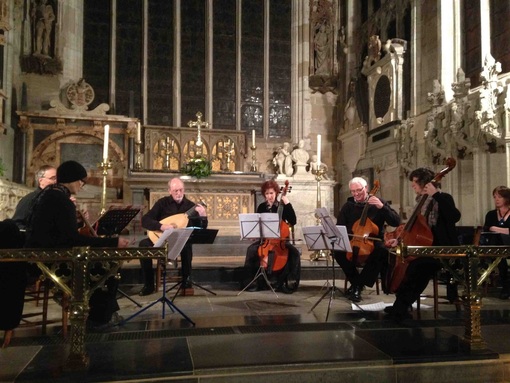 A concert to celebrate the 450th anniversary of the birth of John Dowland. Music by Dowland, Byrd and Holborne and readings from the period. 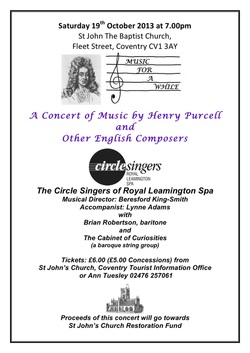 
as part of a double bill with Marlowe's. Dido, Queen of Carthage.
This was a shortened version, using young soloists from Stratford upon Avon 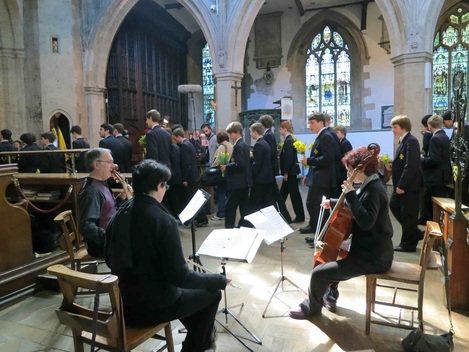 On the Saturday nearest Shakespeare's birthday, there is a parade through the town centre, led by the boys of King Edward VI School, the school that Shakespeare must have studied at. 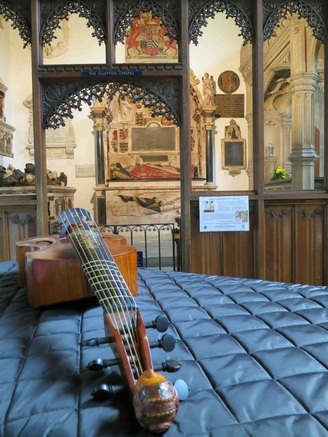 The procession ends up in Holy Trinity, Stratford-upon-Avon, past the Clopton chapel, which is acknowledged as the finest renaissance tomb in all England, that of George Carew (died 1629) and his wife Joyce Clopton. 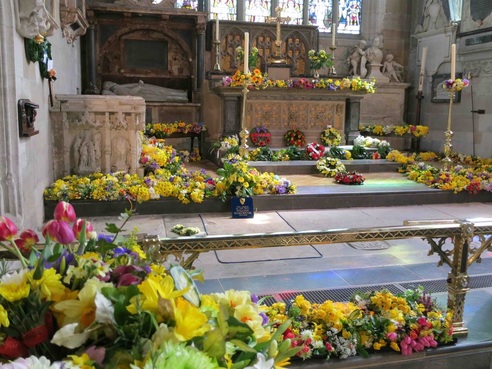 .. and ends up at the bust of Shakespeare, where those in the procession lay flowers, traditionally coloured yellow and blue.

We are happy to have become the resident group playing for occasional special services at Holy Trinity.

Honington is a small, picturesque hamlet 2 miles north of Shipston-on-Stour. It has a lovely church, All Saints, built in the square style of the London churches built after the great fire of London, but is unusual in that it retains its original 13th Century tower. All Saints was built in 1682, and thus forms a perfect venue for Bach (born 1685). 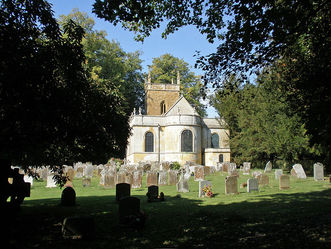 Our programme made use of two flutes as well as our normal complement of string players.

We celebrated the anniversary of the birth of John Stanley in 1712. Blinded in an accident at the age of two, this did not stop him getting his first position as an organist at the age of 11, his BMus from the University of Oxford and being organist of the prestigious Temple Church in London for many years. His surviving works show a good ear for melody and graceful, well-crafted pieces. From (almost) the same year, the concert also celebrated the composition and first season of Handel's opera Rinaldo (first season Autumn 1711- Spring 1712), which went on to become one of his most popular operas in his lifetime.

We also wanted to champion the work of the Dutch composer Willem de Fesch, who was active in Amsterdam and Antwerp before moving to London in 1731 where he played violone (double bass) in Handel's orchestra.

Telemann Concerto for flute in b
Handel: overture from Rinaldo and aria Veni o Cara
for baritone
Handel: Theme and variations in E (Harmonious Blacksmith)
for harpsichord
Telemann Suite in e from Tafelmusik
for two flutes and strings 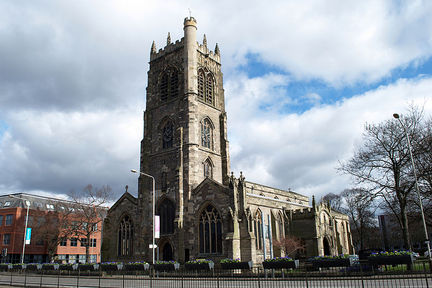 This concert was given as part of the Leicester Early Music Festival. The programme brought together music by four composers spanning some 30 years, all composed to complement performances on the stage. We were very happy to share the programme with local harpsichordist, Anne de Greave.

Suite No 5 in g - Henry Purcell
Chaconne (for harpsichord)